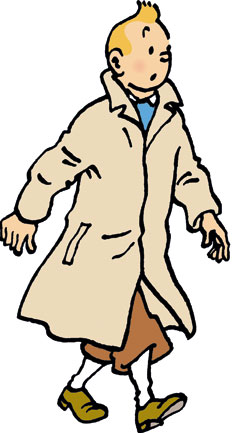 Now this might be fun…
I grew up on Tintin – in India – of all places.

It’s a sad day when the newspapers in Israel are more critical of its government than the media in this country.
What stupidity.
Israel is alienating its own supporters.
And next in line is Netanyahu… what a disaster that will be.

1. Will Obama fix the mess?
2. Who will replace Steve Jobs?
3. Will someone fix Yahoo?
4. Will anyone find/catch bin-Laden?
5. How many Bush regulations will be repealed?
6. Will Richard Branson start a Virgin Auto Company?
7. Will Google buy Twitter? Squidoo?
8. Netbooks! The $100 netbook is coming to disrupt the PC market… will it be from Google? or a Nokia?
9. How soon will we see a commercial mortgage collapse?
10. Will real unemployment hit 25%? 30%?

A similar tune from both Friedman and Krugman at the NYTimes…
Here’s Friedman:
My fellow Americans, we can’t continue in this mode of “Dumb as we wanna be.” We’ve indulged ourselves for too long with tax cuts that we can’t afford, bailouts of auto companies that have become giant wealth-destruction machines, energy prices that do not encourage investment in 21st-century renewable power systems or efficient cars, public schools with no national standards to prevent illiterates from graduating and immigration policies that have our colleges educating the world’s best scientists and engineers and then, when these foreigners graduate, instead of stapling green cards to their diplomas, we order them to go home and start companies to compete against ours.
To top it off, we’ve fallen into a trend of diverting and rewarding the best of our collective I.Q. to people doing financial engineering rather than real engineering. These rocket scientists and engineers were designing complex financial instruments to make money out of money — rather than designing cars, phones, computers, teaching tools, Internet programs and medical equipment that could improve the lives and productivity of millions.
For all these reasons, our present crisis is not just a financial meltdown crying out for a cash injection. We are in much deeper trouble. In fact, we as a country have become General Motors — as a result of our national drift. Look in the mirror: G.M. is us.
and Krugman:
So what are the lessons for the Obama team?
First, the administration of the economic recovery plan has to be squeaky clean. Purely economic considerations might suggest cutting a few corners in the interest of getting stimulus moving quickly, but the politics of the situation dictates great care in how money is spent. And enforcement is crucial: inspectors general have to be strong and independent, and whistle-blowers have to be rewarded, not punished as they were in the Bush years.
Second, the plan has to be really, truly pork-free. Vice President-elect Joseph Biden recently promised that the plan “will not become a Christmas tree”; the new administration needs to deliver on that promise.
Finally, the Obama administration and Democrats in general need to do everything they can to build an F.D.R.-like bond with the public. Never mind Mr. Obama’s current high standing in the polls based on public hopes that he’ll succeed. He needs a solid base of support that will remain even when things aren’t going well.
Go Barack, Barack!

The science of shopping?
The article should’ve been called mind control in your local supermarket.
I agree with this: “despite all the new technology, simply talking to consumers remains one of the most effective ways to improve the ‘customer experience’.”
Too bad we can’t spend the same kind of money on research figuring out the best way to teach Johnny how to read, write and do arithmetic…
Here’s “Mind Control” from Stephen Marley:

A legislator of mankind…
P.S. see also: this and this >>
P.P.S. fun quote: “I do think the American President [Dubya] and our Prime Minister [Blair], the Prime Minister of this country, are gangsters” – Harold Pinter

Today’s a good day to ask the question >>
I always find atheists are quite spiritual. Walker Percy used to say they were “haunted by God.”

China’s advertising in Silicon Valley, trying to lure Asian-Americans to move to the “Most Aspiring City of Prosperity and Civilization in the Southeast of China.”
Just another act in the global war for talent…

Linus does a better job than the Pope:
]

The television reporter who threw his shoes at President Bush was burned by a cigarette in the hours after his arrest on Dec. 14 and was beaten so badly by Iraqi security personnel that one of his teeth was knocked out, the reporter’s brother said Sunday after a visit to the jail.
Nice democracy we’ve installed in Iraq… I guess they get their “best practices” from Cheney.
Learn more >>

James Fallows‘ interview with China’s Gao Xiqing, president of the China Investment Corporation is an eye-opener:
– “People, especially Americans, started believing that they can live on other people’s money. And more and more so. First other people’s money in your own country. And then the savings rate comes down, and you start living on other people’s money from outside. At first it was the Japanese. Now the Chinese and the Middle Easterners.
– “If you look at every one of these [derivative] products, they make sense. But in aggregate, they are bullshit. They are crap. They serve to cheat people.
– “I have to say it: you have to do something about pay in the financial system. People in this field have way too much money. And this is not right.
– “Today when we look at all the markets, the U.S. still is probably the most viable, the most predictable. I was trained as a lawyer, and predictability is always very important for me.
– “Americans are not sensitive in that regard. I mean, as a whole. The simple truth today is that your economy is built on the global economy. And it’s built on the support, the gratuitous support, of a lot of countries. So why don’t you come over and … I won’t say kowtow [with a laugh], but at least, be nice to the countries that lend you money.
– “Talk to the Chinese! Talk to the Middle Easterners! And pull your troops back! Take the troops back, demobilize many of the troops, so that you can save some money rather than spending $2 billion every day on them. And then tell your people that you need to save, and come out with a long-term, sustainable financial policy.”
and then there’s the Indian perspective:
– “In India, we never had anything close to the subprime loan,” said Chandra Kochhar, the chief financial officer of India’s largest private bank, Icici. (A few days after I spoke to her, Ms. Kochhar was named the bank’s new chief executive, in a move that had long been anticipated.) “All lending to individuals is based on their income. That is a big difference between your banking system and ours.” She continued: “Indian banks are not levered like American banks. Capital ratios are 12 and 13 percent, instead of 7 or 8 percent. All those exotic structures like C.D.O. and securitizations are a very tiny part of our banking system. So a lot of the temptations didn’t exist.”
– ” “We recognize it as a problem of plenty. It was perpetuated by greedy bankers, whether investment bankers or commercial bankers. The greed to make money is the impression it has made here. Anytime they wanted a loan, people just dipped into their home A.T.M. It was like money was on call.”
Serious business this.

It’s time to end slavery.
Here’s one way to help >>

What appetite drives the proliferation of music to the point where the average American teenager spends 1½-2½ hours a day—an eighth of his waking life—listening to it?
Why music?
My answer – Steel Pulse’s Chant a Psalm:

Interesting commentary from Harvard’s Niall Ferguson:
With China decoupled from America—relying less on exports to the U.S. market, caring less about its currency’s peg to the dollar—the end of Chimerica would have arrived, and with it the balance of global power would be bound to shift. No longer so committed to the Sino-American friendship established back in 1972, China would be free to explore other spheres of global influence, from the Shanghai Cooperation Organization, of which Russia is also a member, to its own informal nascent empire in commodity-rich Africa.
Yet commentators should hesitate before prophesying the decline and fall of the United States. It has come through disastrous financial crises before—not just the Great Depression, but also the Great Stagflation of the 1970s—and emerged with its geopolitical position enhanced. That happened in the 1940s and again in the 1980s.
Part of the reason it happened is that the United States has long offered the world’s most benign environment for technological innovation and entrepreneurship.
Read all about it >>

Is this what they used to call objective journalism?

1.) It will be a big year for applications that can play on big screens.
2.) The big news in the mobile world will be smart phone applications.
3.) The blush is off the China rose.
4.) Flash-based computing will really take off.
5.) Wall computing gets traction.
6.) Carry-along computers will be hot.
7.) LTE (Long Term Evolution) will be the preferred technology for 4G.
8.) The less developed world will finally see widespread availability of broadband.
9.) Voice recognition will finally work right.
10.) The Internet Assistant will be born.
Don’t ask me, I’m simply reporting what Mark Anderson’s saying.
The one I’m certain about is the “carry-along” computer. I want real laptop computing in the size of a Penguin paperback. Are you listening, Apple?

Newspaper advertising revenue drops by 18% ($2 billion)… while online advertising stays put.
What’s a newspaper to do?

The book: Beyond HR: The New Science of Human Capital

Maybe we need to think about good old Pareto: What 20% of talent delivers 80% of the profits?

In my experience, the real problem with most companies is that HR is not viewed as a strategic function. And their most valuable assets are anything but…

One of my pet peeves with the Girl Scouts of America is their exploitation of children:
“…they have to sell 40 boxes of cookies at $3.00 apiece just to make $20.00. The other $2.50 goes to the Girl Scout Organization.”
What a rip-off.
Instead of selling cookies, the Girl Scouts troops should be selling these. And keeping the PCs.
Why can’t www.laptop.org donate or sell PCs to poor schools in the US as well as the rest of the world? C’mon St. Nicholas (Negroponte)!

The Economist:
“online advertising will continue to expand in the recession—just not as quickly as previously expected…”
Online advertising is 100% accountable, period. And what’s more, campaigns can be optimized in real-time.
That said, there are ways to escape the tyranny of search. All it takes is ecosystem intelligence. 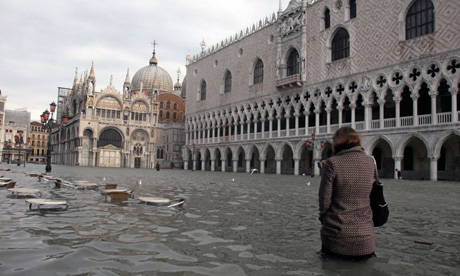 Last year, at about this time, we were visiting Venice, admiring its art and artifacts, as well as the fiestiness of its people… what a difference the flooding makes.
Venice is just one of 21 coastal cities that will have to contend with the impacts of rising sea levels. Learn more >>