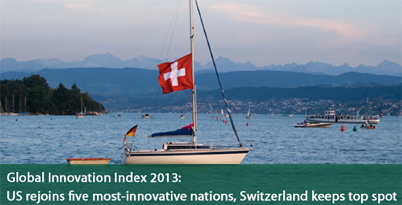 What’s wrong with this picture?

According to the Global Innovation Index (GII) – co-published by Cornell University, INSEAD and the World Intellectual Property Organization (WIPO) – the most innovative countries in the world are:

Other than chocolate, watches, and secret bank accounts, I’ve never viewed Swiss innovation as leading the world.  The same goes for Sweden (IKEA, Abba?) and the Netherlands (Shell).

Why are these countries being hyped as the most innovative countries in the world? 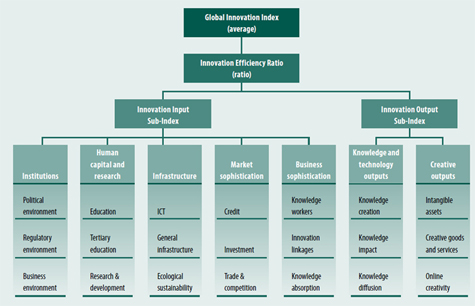 So, let’s look at three other “not-so innovative” countries: Brazil, China, and India – yes, they are “emerging markets”…

See the problem?  Innovation cannot be measured by number of entries to Wikipedia, or number of papers, or patents, or YouTube uploads.

Rather, it should be measured in terms of innovation (and disruption) – by industry.

Brazil, is the first country where renewable energy accounts for more than 85.4% of the domestically produced electricity used. If that’s not innovative, I’ll go re-read Heidi.

China? Well, they’re China. Every product the Swiss used to make is now made cheaper and of comparable quality in China. Red capitalism rules the business world right now, so that’s something of a disruptive innovation, don’t you agree?

And India? They’ve got more scientists and engineers who are hungry to make something happen. India’s also the hot-bed for reverse innovation (which does not seem to be on the radar at the WIPO).  And they just sent a mission to Mars…

So what’s wrong with this innovation survey?

Simply put, it’s not based on reality. And it’s not an accident that Switzerland is “so innovative,” according to this survey – which happens to be sponsored by INSEAD (in Lausanne) and the WIPO (Geneva).  The innovation for Switzerland is its opaque banking system (ask China about that: Chinese government officials hold about 5,000 personal Swiss bank accounts with the Swiss global financial services company UBS. Two thirds of those accounts belong to high level central government officials.)

… Wait. There is one true innovation from Switzerland that does deserve a mention: the cap on CEO pay. Let’s see if it flies.

Companies and countries that are serious about innovation would do well to not pay attention to this survey, and focus instead on their schools, quality of science education, business transparency, social mobility, gini coefficients, and of course, governance itself (the Corruption Index). See also the Big Shift and A New Culture of Learning.

And if you want to measure creativity, that’s going to be something else entirely.

Elvis Presley and Bob Marley as they would look today (h/t these folks):

What can we learn from these lads? These, the young lions, who conquered the world like Alexander, but then had it all taken from them by Thanatos.

One thing you have they don’t. And if you escape the sword of Thanatos for a while, you still have to deal daily with his post-modern cousins: Boredom and Anxiety.

He realized now that to be afraid of this death he was staring at with animal terror meant to be afraid of life. Fear of dying justified a limitless attachment to what is alive in man. And all those who had not made the gestures necessary to live their lives, all those who feared and exalted impotence– they were afraid of death because of the sanction it gave to a life in which they had not been involved. They had not lived enough, never having lived at all.

The man also said, “to have time was at once the most magnificent and the most dangerous of experiments.”

When Apple announced its plans to bring a 100% renewable energy powered manufacturing plant to Arizona, we would do well to ask why?

The answer is partly to be found in the map below: 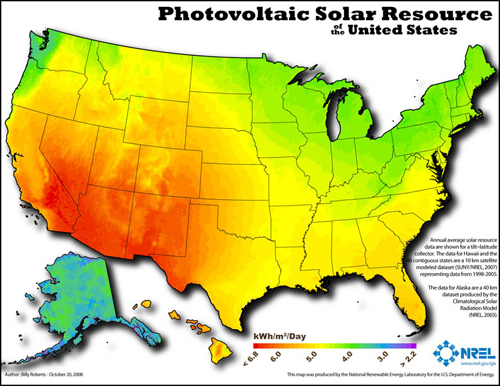 There’s a Foxconn manufacturing base in Juarez – just over the Mexican border – and it seems like the output from the Arizona plant will end up there.

Over the past 15 years Arizona has demonstrated a “pro-business” mentality combined with a minimalist regulatory approach by reducing taxes and decreasing regulations:

So what does this mean for neighboring states?

It’s too early to call this is a new wave of innovation, but it’s worth thinking about. How can states like California, Texas, and New Mexico join this solar-shift?  Do they even want to?

Apple is to be applauded for bringing manufacturing back to the US. More importantly, they can still think different.