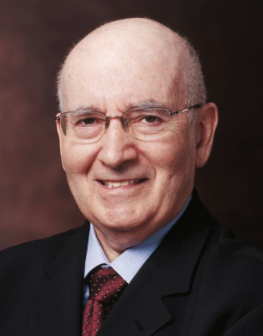 The story is captured in this snippet borrowed from a larger infographic from the New York Times. The middle class is under historic assault in the US, explains Robert Reich, and this bodes badly for democracy, not just here, but all over the world.

Look back over the last hundred years and you’ll see the pattern. During
periods when the very rich took home a much smaller proportion of total
income — as in the Great Prosperity between 1947 and 1977 — the nation
as a whole grew faster and median wages surged. We created a virtuous
cycle in which an ever growing middle class had the ability to consume
more goods and services, which created more and better jobs, thereby
stoking demand. The rising tide did in fact lift all boats.

During periods when the very rich took home a larger proportion — as
between 1918 and 1933, and in the Great Regression from 1981 to the
present day — growth slowed, median wages stagnated and we suffered
giant downturns. It’s no mere coincidence that over the last century the
top earners’ share of the nation’s total income peaked in 1928 and 2007
— the two years just preceding the biggest downturns.

We’re losing our competitiveness, as well as our ability to lead.

There’s a growing sense in the business community that we must find a way to work together again. To do this, we have to reject political terrorism – the political brinksmanship which prevents us from finding common ground or even beginning to look for honest solutions. Howard Schultz, the CEO of Starbucks, recently created a stir when he suggested that it was time to halt all political donations. Warren Buffett did the same with his no-nonsense plea to raise his taxes.

Welcome to the third world, America! Looks like we’re headed on the fast-track back to serfdom.  Brought to you in large part by the GOP and corporate Democrats.

What’s wrong with this? Nothing.

The insurance companies have spent over 375 million dollars blocking this with their Republican friends and their blue lap-dogs. At 300 million Americans, they could have given us each over one million dollars!

Heading into the health care debate, there was only ever one genuinely dangerous idea out there, and that was a single-payer system. Used by every single developed country outside the United States (with the partial exceptions of Holland and Switzerland, which offer limited and highly regulated private-insurance options), single-payer allows doctors and hospitals to bill and be reimbursed by a single government entity. In America, the system would eliminate private insurance, while allowing doctors to continue operating privately.

In the real world, nothing except a single-payer system makes any sense. There are currently more than 1,300 private insurers in this country, forcing doctors to fill out different forms and follow different reimbursement procedures for each and every one. This drowns medical facilities in idiotic paperwork and jacks up prices: Nearly a third of all health care costs in America are associated with wasteful administration. Fully $350 billion a year could be saved on paperwork alone if the U.S. went to a single-payer system – more than enough to pay for the whole goddamned thing, if anyone had the balls to stand up and say so.

The time is now, America: Healthcare for all.