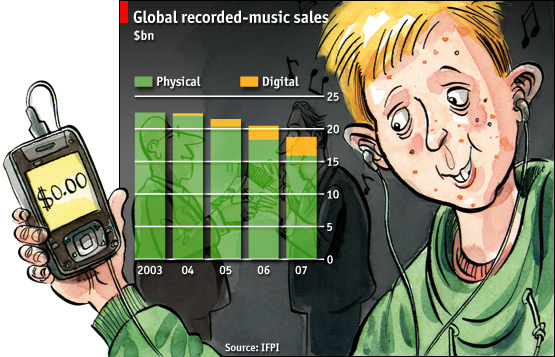 From The Economist:
In 2007 digital downloads accounted for 15% of global music sales compared with almost nothing in 2003. But the outlook for the music industry is worrying. Despite the growing market for digital downloads, music sales have declined over the past four years and are set to continue to dwindle, partly as a result of piracy.
BTW, does anyone really believe that Sarah Palin reads The Economist?