After spending some time in Europe over the last few months I have to say I’m glad to be back in the good ol’ USA.
Yes, we have our issues – bad government, dismal healthcare, guns everywhere, corporate greed, etc. etc., but at least we Americans do seem to question authority – far more, it seems to me, than the Europeans.
I was amazed at how fatalistic the European view of the world is. It reminded me of the old Indian view of life – you can’t do anything to change anything, so don’t do anything. It’s all kismet, so let it go.
The conservatives paint it this way. But they’re wrong. It’s not a culture war. It’s a war for individual rights. The right of individuals to decide their own destiny. The irony is that the conservatives focus on freedom, and use groupthink to enforce their views.
In their own blind way, the conservatives have destroyed our Bill of Rights, the very thing they claim they are protecting. It doesn’t have to be us versus them. It’s time to stop the Assault on Reason

, as Gore calls it.
The absence of US political leadership has hurt us (and the world) over the past eight years. But what’s amazing to me is that Europe can’t lead at all, period. Maybe it has something to do with not rocking the boat, but European bureaucrats will never stick their necks out to change anything. Tony Blair, Gordon Brown, Angela Merkel and Sarkozy. Have any of them made a difference? Will they?
As for customer service, forget it. In some ways European customer service is almost as bad as India. (More about this in future posts.) The sheep-like character of the European consumer doesn’t improve matter either (more fodder for future posts). The European consumer is trapped – in a marketplace without alternatives.
On the positive side, Europe does have some nice monuments and museums, but again, many of them exist because they were saved, er, underwritten by Americans. 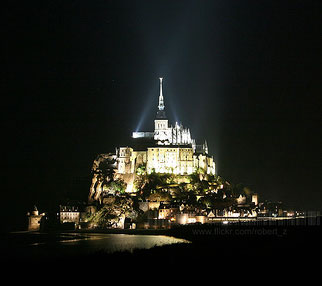 Also their healthcare system does work, despite claims to the contrary. In the US, we’re owned by the drug companies. In Europe the drug companies have been kept in their place.
I expected the Europeans to be more green and care more about the environment. No such luck. Businesses are more sophisticated at pretending to be green, but the general populace – from Italy to Austria, France to England fall way short.
Has anyone seen the dismal condition of the Bern bears in Switzerland? It’s just another PR nightmare waiting to happen for the “enlightened” Swiss.
Whoever said the Swiss care about the environment got it wrong. The Alps were so polluted with a gray haze that you couldn’t even see across Interlaken. And the smog lasted for weeks.
Finally, I tell you this: I’ll never forget Omaha beach. Or Utah. God bless the USA and the good men who gave their lives on those beaches.
And may God help us elect a real president this time around. Not just to lead America, but to lead the world. It’s about time. Time for some hope. And some good old fashioned reason.

One Reply to “Back in the US of A”